Taking The Plunge – A Lesson In How Money Works 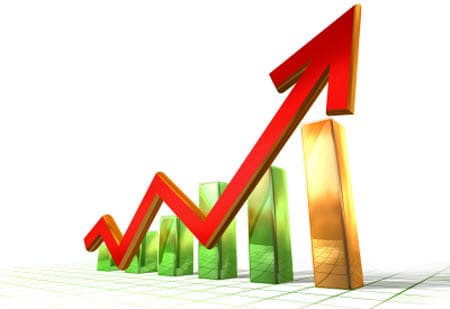 Are you aware of the miracle of ‘compound interest’ and the Golden Rule of 72?

Einstein described the miracle of compounding as “the greatest mathematical discovery of all time” and as “the eighth wonder of the world”. He definitely knew a thing or two about how the universe ticks.

What amazed these men was the way in which, given enough time, even apparently trivial amounts of money can turn into spectacular fortunes. The reason is simple, but profound.

Now imagine that during the year you put aside another 1,000 dollars (that is only 20 dollars a week) and set it to work alongside the first 1,000 dollars.

The beauty of compound interest is that the longer you can let it work its magic the greater the rewards. Although it will take you 32 years to build this savings plan up to 500,000 dollars, by the time another 30 years has passed your fund will have more than doubled to a grand sum of 1,100,000 dollars….quite a tidy sum – and all that for just 20 dollars a week!

The motto is clearly ‘start savings now’, and do not delay…because compounding will work more in your favour the more time you have set aside for its magic.

OK, so now we know we should start saving…….. but what is this Golden Rule of 72?

Time can perform miracles with your modest savings, but then comes the revelation that if you can squeeze out a slightly better return than the 10%, then the returns are immensely compounded. That is what the Golden Rule of 72 shows you. It is the formula for showing you how many years it will take you to double your money at a rate of compound interest.

To work this out simply divide 72 by the interest rate you think you can achieve. At 7% it will take 10 years to double your money, while at 12% a year it will take just 6 years.

Great! But there is a flaw in this argument. Or rather there is a catch…after all where on earth can you get a return of 15%, or even 10% a year, on any investment?

The Rogue Trader has some suggestions…including his latest 2 offerings (Exotica Fund 3 and Prudent Fund 3) suggesting how such returns could be achieved through investing in specialist international funds.

The trick is …stick to the profitable discipline, save regularly, and cash in on the magic of ‘compound interest’ bolstered by the Golden Rule of 72.

It is as simple as sticking to set rules, and of course keeping money flowing in the right direction, and invested those “funds for funds”.

Bruce Currran is a private portfolio manager for 20 years in Asia, having lived 10 years in Hong Kong as a Director of the Swire Group (Cathay Pacific),and subsequently for 10 years in The Philippines because of its much more laid-back lifestyle. Bruce was a columnist for Business World for 3 years, has written articles and interview profiles for The Philippine Tatler, Mabuhay magazine, Action Asia and others, and has even been quoted in TIME magazine on stock market activities in New York (but is not sure if that is a good thing!). He has authored seven (7) books and has more in the pipeline. Bruce can be contacted at beemason1@gmail.com