Temptation Negotiation! How To Activate Your Self Control 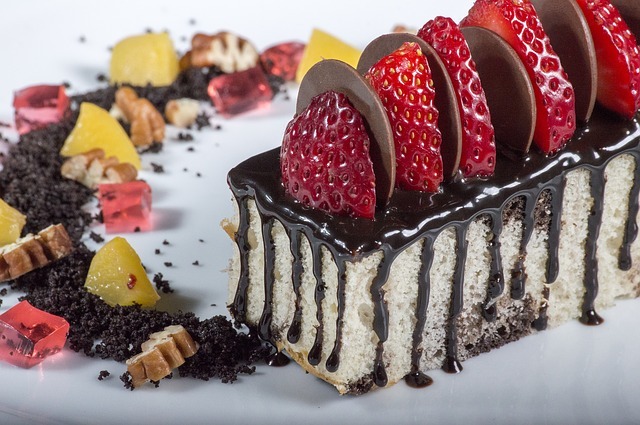 A strong mind is a healthy mind, why? Because when you have developed and trained yourself to have a strong mind, it carries throughout all your living, the food you eat, the way you conduct yourself, your addictions, your living conditions … everything …

Once you have the will power, the determination and persistence, anything is possible, you will have complete control of your self … this means goodbye to those late night chocolate binges, you CAN say “no” to that last cigarette and you will re-consider the way your living your life.

Will power, it’s a given, though it’s something we take for granted; we have the choice in life of usually taking an easy way out. Let’s use a real life example… In a multi level building, the chances are people will take an elevator rather than climb a flight of stairs, why? Because it’s more convenient and easier.

But before I go further, how do we define “will power”…

I consider it the motivation and mind control technique used to evaluate each situation which would help to clarify ones decision making capabilities, ultimately making the right decision for ones well being…or put into more simple terms, a combination of common sense, self control and desire.

So one could come to the conclusion that ‘Will Power’ is the power of control the mind has over its own actions, that is you want what you wish or desire, temptation is born! The part which is often missed is the power element; this involves the ability to exercise control…

Let’s face it… There is no easy way to combat temptation, that is, unless you’re facing a greater temptation…

Exercising your ability to use self-control is not easy. Let’s use a real life example;

It’s coming close to the end of winter, over the course of the season you have gained some unwanted pounds. You make a conscious decision that you want to loose the weight you’ve gained.

You start by going for short jogs around your block and begin watching what you’re eating. After only 3 days you’re struggling to motivate your self to continue exercising, and the food problem is worse!

The concept of eating small servings and lots of vegetables day in day out is making your temptation for sweets and delicious fast foods greater than ever.

You have just opened the door to your refrigerator, your ready for bed but you are having a crave for something sweet…something with a bit more flavor than your daily serving of health foods. You end up finding a box of chocolates at the bottom of your fridge under a pile of bananas and apples; it’s your hidden stash.

In this case, you are fighting temptation vs. temptation, the desire to loose weight and become healthier vs. the desire of something delicious, something that you’re not allowed to eat. What do you do? Do you give into your urges of temptation and eat some chocolate? Or do you instead evaluate the situation and determine which option is the right one.

With every temptation and desire, another is created. Without learning how to distinguish what you really want deep down inside, you will never fully succeed. This is why we need a system to determine which temptation is more important … and ultimately, which one you want …

Evaluating and comparing temptation vs. temptation…

Temptation is un-escapable, it’s the real life black hole, if you give in once, the opportunity of self control has already passed, and you have already given into temptation. I instead offer a different piece of advice, when presented with temptation, evaluating and comparing the situation will produce a much more clear view of what’s on the table …

Let’s evaluate the temptation from our real life example from above. Your temptation was something sweet, something you know you should not be eating, what’s the reward from doing it? Pleasure, at the most …

Now, let’s evaluate your other temptation, the more long term one, weight loss. If you continued and worked at this goal, and eventually completed it than your self esteem would improve, you would be healthier, others would perceive you differently, heck…You may even feel sexy! And again, what would happen if you didn’t eat the chocolate? Absolutely no negative repercussions would occur, in fact, you would be one step closer to your ultimate goal, which is an actual benefit!

Now compare the two, it’s quite obvious to see that the satisfaction gained from not controlling your self is only had momentarily and is quite low compared to the possible achievement of what you really desire. It’s only after that you evaluate and compare temptations that you can truly see which are more important to yourself…as well as what you desire more!

Now! What do you really want?

After you start exercising will power and self control, and really work at something, you will ultimately achieve it. It’s all in the mind, and you are in complete control of your mind When in doubt, simply take the Evaluate and Compare process and apply it.

It does not necessarily need to be a temptation! In fact, the evaluate and compare formula can be used in most everyday applications, its just putting two different situations onto a set of scales and seeing which out-weighs the other … common sense at its most basic root.

So get out there and work out what you really want out of life!

Just remember, the longer you stick to it, the easier it gets!

Basic Facts About Cholesterol You Need To Know
May 23, 2009