Characteristics Of A Winner 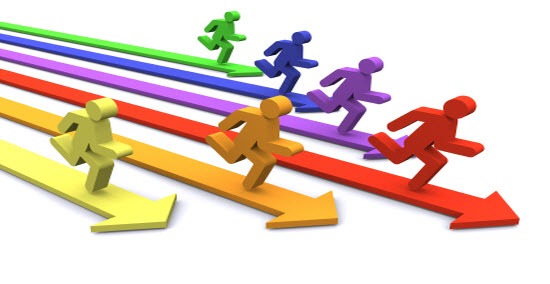 Do you know what differentiates a person who succeeds in what they do and those who fail?

Some may say it’s luck, that they were in the right place at the right time.

That may be the case, but the fact is that they were there at that time … and were there generally by design rather than luck.

Winners have things coming their way because they are out there trying to make things happen. They don’t procrastinate … and they generally are willing to take a chance. This applies to every endeavor.

1.) They go for their dreams – there is no holding back! The dream can be a new lifestyle, success in their business, helping others, expressing themselves, recognition, etc. Whatever the motivation, they do what they believe will help them achieve their dream.

2.) They think positively. Most people encounter roadblocks somewhere along the way. By remaining positive we are able to overcome any obstacles and adversity we may confront to move forwards. Positive thinking is not about programming your brain to say “I must remain positive”. It’s more about taking a positive outlook on everything that happens around you – that even things that don’t work out have a positive to them.

3.) They believe in themselves – that they are capable of achieving whatever they want. Believing in yourself is a state of mind that goes way beyond positive thinking. Successful people KNOW that if they apply themselves, then they can get to where they want to be.

4.) They believe they can do better – that even though they have achieved a level of success, there is no reason why they can’t do even better still. I know many business people who have strived to take their successful business to a next level and fallen big time. Now the reason here is not because they wanted to do better, but rather that they did not apply correct business practices. Sound commercial practices must apply at all times.

5.) They make self growth a priority – because our ever changing world requires that you maintain existing skills and develop new skills in order to remain competitive! The Internet makes this task both easier and more complex – easier because you can identify and source whatever you want without leaving home, and more complex because the pace of change has been escalated way beyond what many of us have been used to. Tlling yourself that you don’t need to be aware of a new trend or area can be your undoing.

6.) They are willing to take chances – and go into uncharted waters. This includes embracing new approaches as well as investing time (and maybe some money) in trying new things out. There’s an old saying of “you have to be in it to win it” and that applies to life in general. If you don’t take a chance, then whatever you are seeking will not happen!

7.) They give it their all – because they know that giving up half way through is akin to signing a death certificate (on that function). There is a point with everything where you have to accept that it isn’t going to happen or that it is wrong for you. However, you should only do so when after you have given it your all and put yourself in a position to make that call.

8.) They maintain an open mind … and LISTEN to all the input which comes their way. They don’t see themselves as an island and discount any opportunity. Many years ago I prepared a business strategy document for a direct marketing group. When I submitted it, the owner rejected it and his business languished for a long time. A couple of years later, I saw him at a function and he said to me that things were booming because “he had finally adopted what I had proposed”. It took him a long time to listen … but by finally doing so, he put his business back on a winning path. There was nothing special in what I proposed – it was simply about recognizing and adopting new directions within his sector.

10.) When they fall, they get back up and try again. This is vital because for every success, there may be a series of failures along the way. A failure going in one direction does not mean that you will fail next time around going in a different direction. There is an understanding amongst my colleagues that “it is better to be associated with someone who has had a failure than someone who has never had a failure (or admit to having a failure)”. The reason is that those who have experienced a failure tend to learn from the experience, are more astute, and less egocentric. Marry that with the fact that they are willing to go again and you have a far more positive combination for success.

Bring all the above together and you will have a success mindset that will get you through to whatever you want to achieve! y

Getting Started In Your Own Business
November 24, 2011