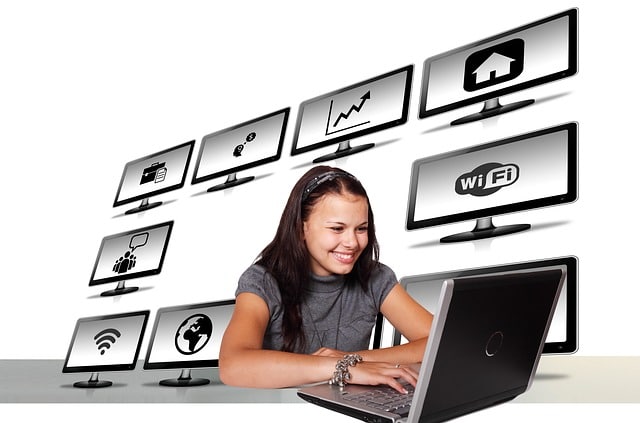 In 1985 it was Online Services, in 1995 it was Bulletin Boards and the emergence of AOL, and today it’s social media services such as Facebook, Twitter, and Linkedin.

The general principles behind all services are similar – they were  / are all sharing platforms developed to service the needs of specific communities.

In fact, today’s social media services are simply the latest chapter in the ongoing evolution of community-oriented services.

The broad use of computers and modern day Internet technology have made them very accessible and enticing to the broad community … just as their predecessors were to those who could afford a computer and were tech savvy in the 1980’s and 1990’s.

Here’s a snapshot of three generations of online communities:

My personal experience with online services dates back to 1983 when I became involved with Ausinet (Australian Information Network) which was an initiative of the National Library of Australia and managed by ACI Computer Services.

This service – along with global services such as Dialog, Orbit, Lexis and Plexis – were the pre-cursors to the Internet.

They were huge information repositories which users could access from anywhere via dial up connections running at 300 or 1200 baud speed – a real snails pace to what we are now used to.

These services were mainframe-based and utilized powerful boolean software such as Stairs (from IBM) and Status which allowed you to very quickly identify the information you were after. A skilled operator could often find what they were after much faster than you can nowadays on Google even at that low speed.

The scope of information at people’s fingertips was enormous. For example, the Lexis service contained the full text of UK and USA legal statutes, precedents and cases and so was a perfect research tool for lawyers. You could also search the full text of major newspapers for company or individual specific information on most services.

These services attracted a very strong following among librarians in particular, market researchers, lawyers, and stock brokers. And they produced the first “online” communities!

Yes, we had the usual User Group meetings, and Conferences often had a stream devoted to online services. But they also spawned a range of new services, just as the online portals of today have done.

For example, in Australia, the company I worked for also developed a service called ACI Mail, a pre-cursor to today’s commercial email services (remember, this was 1985). The users on this service were ALL librarians. There was no advertising. It was geared to help information professionals across Australia establish relationships, perform their jobs more efficiently, and keep in touch.  It was there to serve a “community”!

Another community-focused service was Booknet, an online catalogue service bringing together major book publishers into a central ordering facility – so that book buyers (i.e. the libraries) could purchase with ease. Another “community” focused service … and not too different in concept to Amazon.

Compuserve emerged at that time with the initial version utilizing a video text technology. It did not achieve the same market acceptance in those days as the big online services.

Ausinet and all the other major online services were subscription based. Ausinet achieved more than $1 million in subscription fees in 1985 and was profitable!

By 1995, communities had really evolved through thousands of BBS’s (Bulletin Board Services).

Where in 1985, online communities were dominated by Librarians and researchers, these BBS’s were predominantly catering for tech savvy individuals who were looking to gain access to specialist software and technical assistance … and participate in “online forums”.

Many technology companies at this time were introducing BBS’s into their service mix – encouraging their user community to “go online” to get more information. In other words, they were doing pretty much what we all do today with our websites.

This was also the period when many of today’s major online service providers emerged … from humble BBS backgrounds.

For example, Web Central – one of Australia’s leading web hosting providers – started out as a BBS operating out of the basement of the founder’s home in Morningside, Brisbane, evolved into Powerup (a great ISP) before focusing on hosting.

Likewise, America Online (AOL) and Compuserve were in effect BBS’s – although they took the technology side to another level with proprietary interfaces, add-on services, and particularly very user friendly email services.

Online advertising took off in this period … but the big attraction for many serious users was either email (particularly on the big BBS’s like AOL) or online forums where they could interact with users with similar interests. Compuserve in particular was full of “forums”.

These online forums / “communities” remain with us today … and will continue as a vehicle for people with like interests to interact and share information well into the future.

Whilst the User Group concept still exists, online forums have in many instances replaced the need for the “physical” User Group meetings which dominated throughout the 70’s and 80’s.

During this time, the basis of today’s “netiquette” was established – i.e. no shouting, no spamming, no blatant advertising, etc.

The small BBB’s were typically free but the major online services such as AOL, Compuserve and Prodigy were all subscription-fee based.

The buzz in the mid 80’s was AOL’s dramatic growth, with 100,000+ new subscribers each month. Today’s buzz is the enormous take up of these social networks. In fact, the social networks well and truly dominate tech media coverage today and even traditional media has embraced them more than any other technical development I can think of (and that includes email).

Today’s online communities are really no different conceptually to the above. Just like AOL did in the mid-late 1980’s, they are simply utilizing the latest technology to provide a more accessible, interactive, and real time environment for online communities.

You don’t have to be tech savvy to participate in today’s online communities which is why people of all generations  – parents, grandparents, children and professionals – are all active.

Social media is still evolving and, like their predecessors, has many challenges it must address, including:

We are all part of this evolving “community” driven phenomena. In 10 years time, we will all be looking back and saying “Remember When….”.

The service providers will more than likely change, and the scope of services will undoubtedly be dramatically different.

The only certainty is that the concept of “community” will prevail!

[This Article, originally published in 2009, has been been updated to reflect today’s social media sector.]

Getting Started In Your Own Business
November 24, 2011
Blog Categories
Popular Posts