Relax, It Takes Time To Change The World 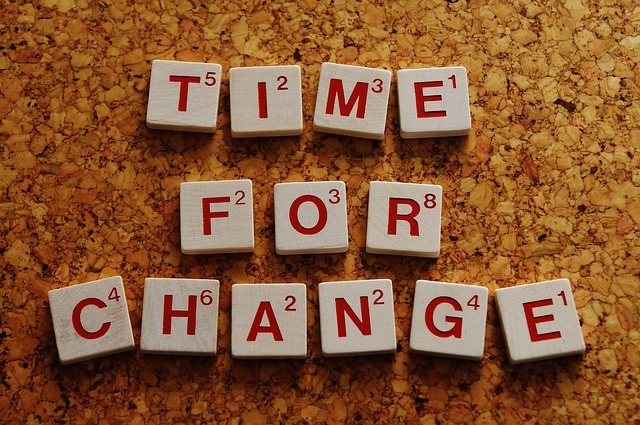 How often have you heard someone describe a new technology, website or system as “this will change the world”?

It’s one of those annoying statements which some people use in their enthusiasm for their product / service or because they have heard others using it and think it’s an apt description for their own project.

Now enthusiasm is a wonderful thing. It spurs people to go the extra mile, try things they have never done before, and it’s a major driver in innovation.

However, at the same time, it can bring you unstuck as statements such as this simply come across as hype and your credibility is questioned.

There’s a time and place for being zealous / displaying your enthusiasm for what you do.

I learnt that lesson in the mid-1980’s when I made a presentation at a Queensland Law Society Seminar where I stated that lawyers needed to embrace online developments or get left behind.

I was heckled for that statement and rightly so as it took more than 15 years before the Internet gained momentum and my statement started becoming a reality!

In other words, they are not independent!

Disruptive technologies are NOT like major events such as 9/11, the GFC (global financial crisis), a war, or a country defaulting on its loans which have almost immediate repercussions across all sectors of our society.

There are three common characteristics of any disruptive technology:

The Internet – online services, one of the greatest disruptive technologies of all time has been around since the 1970’s although the term “Internet” did not take hold until the 1990’s and major global usage didn’t start happening till the beginning of this current century.

Facebook – the most widely used social media service in the world, took years before it grabbed the minds of the masses. How many people 10 years ago would have envisaged that Facebook would assume the status it enjoys today? It’s evolved – in fact the market has evolved which is why Google+ took just one month to achieve what Facebook achieved in 2 years in terms of user acceptance. The true value of Facebook is in how it has changed many facets of peoples lives, as explained in Facebook’s Impact On Education In Asia.

Portable Computers – I had my first portable computer in the mid-1980’s, a big chunky IBM TTY terminal which I could lug around anywhere and plug into online services via dial up at 300 baud.  Of course, today most people have notepads / laptops , tablet computer such as an iPad or can use their smart phone to access the Internet.

Smart phones – were around long before the iPhone and Andriod cells which dominate today. In fact, I still have my old Palm Treo 650 and I have to say that I prefer it to my iPhone … there are still millions of people using Symbian-based cells, and they are very happy with them.  So can we say that smart phones have changed the world? Not yet … but the momentum is growing!

Amazon – launched during the dotcom era and copped an absolute blasting by many tech and non-tech analysts as something which was never going to change the world let alone make a profit. Well it has gone on to change the whole publishing industry – but it took almost 10 years to achieve that.  What Amazon did to the publishing world is not new – as outlined in Three Generations Of Online Communities – 1985 – 1995 – Today, there was a pre-cursor to Amazon 10 years before it launched.

These are just a few examples of the length of time it has taken “disruptive” businesses  to take hold. There aren’t many exceptions to these.

This reinforces that over-enthusiasm and zealousness really need to be tempered so that at all times you come across as realistic and credible.

It also highlights that investing in systems, programs and technologies which are presented as “game changers” are generally not going to produce early returns.

There really are very few game changers out there – and those that are, take time to come to fruition and deliver the potential their founders speak about.

In fact, short terms returns are generally low and the business has to survive on the back of traditional (old income) streams supporting and funding the new direction / technology. If it driven purely by angel or venture capital, then there can be a significant cash burn period.

If you are involved in a disruptive technology, website or system, temper your presentation – and expectations – as it really does take time to change the world.