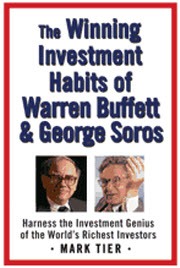 Intriguingly, though, his political convictions, more often than not, contradict the investment principles with which he made his fortune.

For example, he refuses to invest in companies which can’t control their prices; he looks for what he calls “an economic franchise.” His definition, from his 1991 Letter to Shareholders:

An economic franchise arises from a product or service that: (1) is needed or desired; (2) is thought by its customers to have no close substitute and; (3) is not subject to price regulation.” [emphasis added]

This produces what he calls a “moat” — a barrier that hinders competitors who want to invade their turf.

Nebraska Furniture Mart — probably the world’s biggest furniture store located in, of all places, Omaha, Nebraska, and 100% owned by Buffett’s company, Berkshire Hathaway — keeps its costs and prices so low that national furniture chains simply avoid Omaha entirely. Coca-Cola, of which Buffett is the biggest shareholder, has such a powerful brand name that only Pepsi is in the race for second place.

By the same token, Buffett avoids “commodity businesses” like agricultural products, where producers are at the mercy of the market. And (until 1999) he shunned businesses whose retail prices are regulated.

An Energy Czar for California

The cause? The state had deregulated wholesale prices, but left retail prices fixed. When wholesale prices zoomed 800%, Californian utilities had to buy power out of state to resell in California at the lower, regulated prices. A recipe for financial disaster.

Buffett’s reaction to the California energy crisis is an example of the dichotomy between his investment principles and his political views.

When asked for his solution, he replied: “California needs an energy czar.”

California already had one — the reason there was an energy crisis!

And…with an energy czar regulating and dictating every aspect of the energy business, how much money do you think Buffett would invest in utilities in California?

What’s more, in a world where every investor acted like Buffett, nobody would have invested in Californian utilities.

Logically then, it follows from Buffett’s investment principles that the solution to California’s energy crisis was the deregulation of retail prices as well (politically impossible at the time). Only then would Buffett and investors like him be willing to put up the money needed to resuscitate California’s ailing utilities.

By rooting for an energy czar, obviously Buffett hadn’t connected the dots.

Interestingly, when Buffett made this “recommendation,” he’d recently added the gas and electric utility, MidAmerican (with zero exposure to California at the time), to Berkshire’s portfolio of “outstanding companies.”

Had he changed his spots? No, he’d lowered his standards. He had to. With billions of dollars to invest, gone were the days when a See’s Candies or Nebraska Furniture Mart could make a difference to Berkshire’s net worth. He now needed to find “elephants” where he could sink billions of dollars at a time. When he only had millions at his disposal, he’d never have looked twice at companies like MidAmerican or Burlington Northern.

To Tax or Not to Tax

Buffett calls taxes a “drag” that Berkshire must overcome to “justify its existence.”

This has been his attitude since he started his first investment partnership in 1956. Indeed, back then, one way he persuaded doctors and other professionals to invest with him was by stressing the tax benefits they’d get.

Today, he says he likes to hold his investments “forever” … so capital gains tax, payable only when an investment is sold, is also delayed “forever.” In his 1989 Letter to Shareholders he gave an example showing how just delaying capital gains could multiply Berkshire’s returns 27-fold, concluding that the government would gain in exactly the same ratio when capital gains taxes were ultimately paid, “though admittedly, it would have to wait for its money.”

He also prefers companies to distribute money to shareholders by buying back stock rather than paying dividends. Shareholders must pay taxes on dividends, which are paid from profits that have already been taxed at the corporate level. Stock buy-backs, by raising the value of the remaining shares, increase the shareholders’ wealth free of the dividend tax.

That double taxation is one reason Berkshire Hathaway doesn’t pay dividends. It’s also a reason why, when Buffett buys a company, he wants a minimum of 80%. Then, dividends to Berkshire are taxed at a lower rate.

If taxes are a drag on Buffett’s investments, surely they’re a drag on everyone’s? If Buffett and Berkshire are better off with minimal tax rates, wouldn’t everyone else be too? So you’d expect Buffett to support pretty much any proposal to cut taxes, right?

If you did, you’d be wrong.

Buffett’s underlying political belief is that the rich should pay more tax than the poor, both absolutely and as a percentage of their income.

Indeed, in an op-ed for the New York Times Buffett bitched that the previous year he’d paid only 17.4% of his income in tax, compared to an average of 36% for the 20 staff in his office in Omaha. He recommended the government raise his taxes, and those of the other super-rich.

He does not, however, put this belief into practice by voluntarily making up the difference between the tax he must pay and the amount which, according to his beliefs, he would deem “fair.” Indeed, his personal affairs are arranged the same way as Berkshire’s: to pay the least tax possible.

Maybe. But the widespread ownership of stocks in America today (through mutual funds and pension plans) means that the rich are not the only beneficiaries of a lower dividend tax.

And by opposing such a tax cut, he clearly contradicts a significant element of his investment philosophy, which implies it is iniquitous to tax corporate profits again when they’re paid out to shareholders as dividends. Indeed, if every company followed Berkshire’s lead and paid no dividends, the government wouldn’t collect any taxes on dividends at all.

Buffett also opposes abolishing the estate tax: he believes that you shouldn’t get “a lifetime supply of food stamps just because you came out of the right womb.”

Buffett has arranged his personal affairs accordingly. When he dies, his children certainly won’t be poor. But they will only have enough money so that, as he puts it, they’ll “feel they could do anything, but not so much that they could do nothing.”

Most of his wealth is going to the Bill & Melinda Gates Foundation. As it’s a non-profit organization the bequest will be — guess what? — tax-free!

It is clearly more important to Buffett that Berkshire Hathaway, his creation — his “baby” — survives his death, than remaining true to his political beliefs, no matter how sincerely they are held. After all, Berkshire Hathaway might not live on if a chunk of his controlling shareholding had to be sold off to pay estate tax.

However, by requiring the Gates foundation to spend his annual donations immediately, he’s practicing what governments do so well: consuming capital, not investing in the future.

And he often ignores the overall context, as he did when he was an advisor to Arnold Schwarzenegger during his campaign to become Governor of California.

Is that “unfair”? Not when — unlike Buffett — we look at the total context. When you add income tax, sales tax and all the other taxes Californians pay, they’re stung by the state for much more Nebraskans. Californians get a break on property taxes — and absolutely nothing else.

Politically, Buffett tends to support government action to correct what he sees as society’s inequities.  And he believes that the rich should pay for it.

Yet, he arranges his own affairs to avoid government intervention wherever possible. Indeed, when price controls in New Jersey made it impossible to earn what Buffett considers a decent return of capital, one of his insurance subsidiaries turned in its license and shut down its operations there. With Buffett’s hearty approval.

His comments on business and investing draw on 55 years of proven and tested knowledge and experience.  His political recommendations have no such pedigree.  They are an expression of his beliefs unalloyed by experience.

Indeed, one would think that his experience in creating, from nothing, a highly successful, almost debt-free Fortune 500 company with outstanding managers and (until recently) one of only eight corporate AAA credit ratings in the United States would lead him to be skeptical of the ability of governments to solve any problem.

After all, in almost every respect governments exhibit qualities 180 degrees opposite to Berkshire Hathaway: they lose money every year; run up more debt every day; hardly ever kill programs that are known failures; and if governments have a higher credit rating than Berkshire Hathaway, it’s not from a gilt-edged reputation but from the knowledge that they can always make repayments by collecting money at the point of a gun — or by printing it.

Something else often missing from government is a principle central to Buffett’s style of doing business: integrity. “In evaluating people [to hire or work with],” Buffett says, “you look for three qualities: integrity, intelligence and energy. And if you don’t have the first, the other two will kill you.”

While Buffett might enjoy playing golf with politicians like Bill Clinton, he’d have to break one of his fundamental principles to ever put one of them on Berkshire’s payroll.

Mark Tier, an Australian based in Hong Kong, is the author of The Winning Investment Habits of Warren Buffett & George Soros.

Author: "The Winning Investment Habits of Warren Buffet & George Soros" Mark Tier is the Founder of the investment newsletter "World Money Analyst", which he published until 1991, the author of "Understanding Inflation" and "The Nature of Market Cycles". Since 1991, he's helped start five new (and highly successful) investment publications. Eight years ago he adopted the "The Winning Investment Habits of Warren Buffett & George Soros" himself, sold all his business interests and now lives solely from the returns on his investments. His most recent book is Trust Your Enemies, a political thriller which is “Up there with The Girl With the Dragon Tattoo” and “Worthy of Ayn Rand” according to reviews on Amazon.com.