The Next Big Thing Won’t Be Social Media

Even with 10 million+ subscribers in two weeks, Google+ is NOT the next big thing!

The Internet has been awash with conversation over the past few weeks about Google+, the new social network from Google which attracted 10 million users in its first two weeks. Is it a Facebook buster? Will it Survive? Is it the next big thing?

For the past few years, I have been saying that the Internet has to eventually revert back to a paying model – that the free mindset will eventually bring many online marketers unstuck. 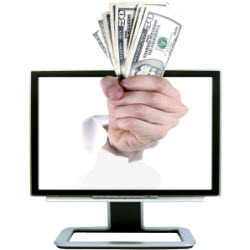 This was rammed home when one of my Google+ connections posted a link to the following report: http://gigaom.com/2011/07/17/is-it-really-a-tech-boom-or-a-bubble-infographic/

Inside this report is an incredible statistic: Twitter revenues average $0.50 per user, Facebook averages $4.00 and Groupon averages $16 per user.

This reinforces that transaction based operations – like Groupon – offer much more upside than ones driven by advertising revenues alone. Yes, I’d love to have 700 million x $4 as is the case with Facebook, but very few online sites actually achieve mass market acceptance of any magnitude, let alone what Facebook has achieved.

The Internet is an ever changing medium and therefore to stay on top, you really need to develop a concept / business which takes advantage of all the medium has to offer … and produces good transaction flow.

The three things that have to be brought together by whoever is going to succeed (be the next big thing) in the future are:

Ideally, Google, Facebook and other social media groups will continue to serve as facilitators / service providers only – i.e. they learn from the AOL experience and do not become content owners / developers.

Google is already well advanced in bringing together an “integrated” technology-based platform for business owners now that they have released Google+.

This brings us back to content – the vital 3rd element mentioned above.

Once the technologies are all in place, the real driver – for transaction revenue – will become content.

Attention will therefore swing back to that and THE NEW INTERNET DARLINGS OF THE FUTURE WILL BE CONTENT COMPANIES – people of a similar ilk to Groupon, Zynga, travel sites, etc – who have a real product and are not driven by advertising revenues and hence having to compete against groups such as Google and Facebook. We will see some iterations in between, but this is where things will – and MUST – go.

Most importantly, they will be companies who etch themselves into our lives along similar lines to what Amazon and eBay have achieved  – yes, they are both Internet companies although they are viewed now as much mainstream as Internet operations.

There are still lots of content areas open for a fresh approach.

And the best way to identify them is to go back and look at what worked best in the heydays of direct marketing.  Some of those operations commanded up to 40% market penetration.  They weren’t info products for those of you who go back as far as I do … and they were NOT FREE!

(Groupon has hit the mark well with 15+ million transactions …  with a concept which has been around for ever and a day. That beats 150 million free subscribers to a social network every day of the week for me. The underlying question with Groupon though is whether their business model is sustainable which, personally, I don’t think it is.)

At some point, the Internet world has to come back to reality with valuations based on earnings rather than hype which drives valuations to 30, 40, or 50+ times revenues. It doesn’t make sense under normal economic conditions – and even less sense in a world where whole countries (and states) are experiencing severe economic problems.

When reality sets in, companies who have strong transaction / revenue  flow will be the big winners.

I am looking forward to seeing how Google+ in particular evolves because I can see the potential it offers for business owners to perform target marketing. Of course, I also  hope Facebook responds to the Google+ challenge in this area and continues to flourish as vibrant social media platforms are going to be an important part of the marketing mix for a very long time.

It’s important to keep these services in perspective …

Social media services is purely a platform – and whilst they can generate cash in terms of royalties (from games) and advertising revenue, their biggest contribution will be connecting  individuals and businesses, including the companies who will become contenders for being called THE NEXT BIG THING!

What do you think?