The Three Levels Of Authority Selling 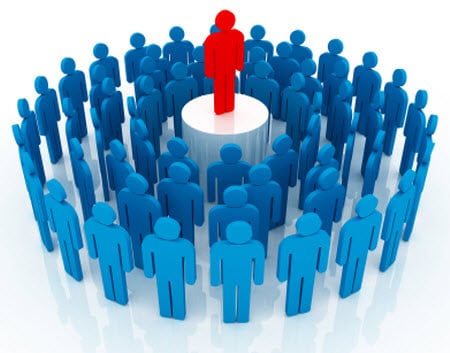 One of the most consistent pieces of marketing advice you hear right across the Internet is the need to establish yourself as an Authority, someone people follow and listen to.  Its use is stated in the context of the Internet, but the the reality is that authority selling is used in all streams of business, both online and offline.

How many times have you seen your General Manager, Sales Director, or Sales Manager accompany a sales person on a meeting?  It happens all the time as it adds a level of authority to the sales process.

The same happens when we are out shopping as individuals, especially on higher priced goods.

For example, when looking to buy a property, the salesperson will encourage you to go back to their office.

Once there, they will normally introduce you to the Principal who more than likely will give you a slightly different – probably more upbeat – perspective on the current market or a particular property … and you listen and take it all in!

There’s a sense of importance associated with meeting the Head Honcho in any business and many allow this to influence their decision making.

The Internet is where the big push of the use of the word ‘authority” is taking place with the number of self-proclaimed gurus rising almost daily, many of whom are downright pretenders as I have outlined at Guru – Or A Member Of The List Mafia.

It happens in all market sectors, including the social networks where many people are feverishly posting in order to present themselves as authorities and build up their follower numbers. (Fortunately, the people I have as friends and follow on services such as Facebook and Google+ have a genuine love for communicating and sharing.)

There are many who deserve to call themselves “gurus” or “thought leaders”, but chest beating and list / follower numbers are not necessarily the best yardsticks for measuring the authority status of an individual.

For example, in It’s all About Quality, Not Numbers, I give an example of the different results generated by a “talker” versus a true online authority.

Whilst we all may feel important when we meet the Head Honcho or a real Guru, the reality is that the person whose word we trust the most is the back room Technical Specialist / Analyst.

These are the people who know the nuts and bolts of a task, the ones who make it happen. Many are not sales oriented yet the detail you need to close a sale often comes from them.

For this reason, sales people often wheel in their technical people to fill in the gaps and help close a deal. In some industries, they are involved in the sales process right from the outset.

These technical specialists can significantly influence the outcome of a bid in many different ways, particularly when used to provide an independent “analysis” in what I call a GOOD GUY: BAD GUY sales capacity.

I’ve been involved in the use of this sales technique on three occasions after a client threw up a major objection and the contract was seemingly lost. Here’s what we did:

There was nothing sneaky or unprofessional in what we did – it was simply part of the sales process as outlined in The Sale Starts When The Prospect Says No.

That 3rd party input was the determining factor in our securing these contacts, each valued at $1+ million.

This example reinforces the ‘authority” value of your Technical Specialists!

Which of the above three authority levels describes you … or where you’d like to be?

Note: This Article was initially prepared in 2011 and has been updated / expanded today.

The Sale Starts When The Prospect Says No
September 26, 2011