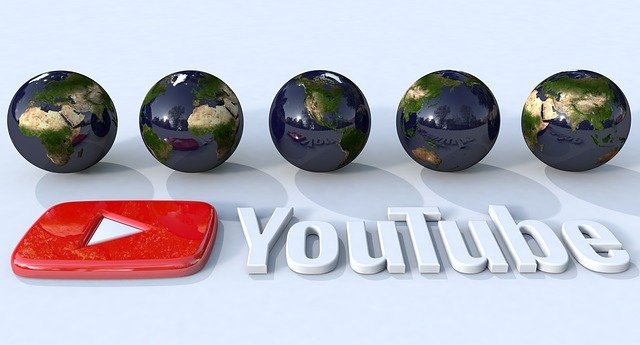 The colossal phenomenon back in 2006 was the enormous triumph of YouTube.com, which glorified the success of public online video streaming to the entire world. Millions flocked to the site, which promised nothing more than free membership and free uploads.

At that particular time, the site was used primarily by pirates who uploaded everything from TV shows to Hollywood movies.

Very few business professionals took much notice to this online phenomenon at the time, viewing the site as just another ‘million dollar’ website which rose from the ashes. Mass media also ran similar stories, banking on the success of the site and how the owners had no doubt struck gold.

What went completely unnoticed in the business sector at the time was the use of YouTube as a marketing tool, a practice which went considerably unnoticed for at least a year before ‘internet gurus’ had even cornered onto such a concept.

Numerous videos have millions of views, and some power users even possess accounts which have hundreds of thousands of subscribers and a huge number of cumulative views well into the hundreds of millions.

So, you might be asking, how can I get millions of views?

Well, there is no secret formula, but I will share my experience in gaining 11,046,937 video views, 23,334 channel views, and 679 subscribers and how this visibility attracted interest from TV producers from three broadcasting agencies (including a major U.S. network channel) and other business opportunities. (The number of viewers has grown substantially since this article was originally written as highlighted below.) 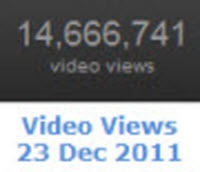 During February 2006, I decided to perform a little experiment.

After hearing about the success of YouTube I decided to check it out for myself. I went onto the site, made an account and surfed around for a while. I thought to myself “This looks easy enough, but is it easy enough in practice?”.

To test the theory, I decided that I would upload a series of videos to see what kind of traffic my videos would get. The big hot topic in the news at that point was the growing frustration in the US population that the war in Iraq was going nowhere, and reports that soldiers were lacking invaluable equipment such as flak jackets. This outraged the American population.

I figured that I should capitalize on the bad press to test my experiment. At that time, I knew of a little known website which uploaded videos that soldiers had recorded during their tour(s) in Iraq, which allowed the downloading and redistribution of the videos to raise support and awareness.

I downloaded a few, uploaded them on YouTube, entered specific and broad tags to the video (easily the most important part of getting views on your video) to generate traffic, and away I went.

I came back a week later to 1,000 views, two weeks later I was close to 2,200 views, and within 6 months I had accumulated in excess of 100,000 cumulative views of all my videos. I came back a year later to find that number close to 1 million views. I was shocked.

As of today, 17th of January 2010, I have accumulated 11,046,937 video views. My most viewed video has roughly 5.5 million views, and several others have also exceeded the million view mark, but the average number of views for all my videos (29 in totality) is still a mean 380,000 views.

Tips for Your Video

Whilst it’s true that part of my success was from the negative press in the media, which in turn resulted in more people searching for videos on YouTube associated with that bad press, but there are still tips which you can learn from my experience that can easily help project your own video past the million view mark.

First, make sure that your video is professional if it is to be used as part of a marketing campaign or in any business capacity.

Having an unprofessional video representing your company will do you more harm than good. Being in a society which has become reliant on technology has convinced consumers into expecting that reliable, trustworthy, and dexterous businesses should, at the very least, be on the edge of technology themselves, especially if using technology in promoting their product or company entity.

Think of it this way, McDonald’s would have never succeeded if they could not make a decent hamburger and Ford motors would have never become automotive industry leaders if they were selling horses instead of cars, so there is no reason to disadvantage your company by producing subpar work in a society that demands, and perceives, perfection as being assimilated with technological proficiency.

So do yourself a favour, if your video is not professional, than it will reflect poorly on your work ethic.

The next step is to make your video findable, as you have to remember there are an estimated 83.4 million other videos on YouTube competing with you. Luckily, you can make your video more findable by creating a good title, and a superior set of tags.

There is no secret to this really, as each video is different there is no one secret to a good title and set of tags, but it is important that you keep your title and tags as closely assimilated to the content of the video as possible.

A great thing to do with tags is to produce a set of specific tags, relating directly to the topic of the video, and a more broad set dealing with the genre of your video so that it will be featured in search results more often. The more views your videos get, the higher it will be ranked when searched for (similar principle to how search engines work).

Since uploading my videos on YouTube, I have received numerous private messages from individuals of all walks of life.

Most surprising to me was when I had a TV reporter from a major US TV network message me asking for an interview for their news program. Unfortunately, I was late in checking my messages and missed the opportunity, but the reporter was nice enough to link me to an archived video of the segment so that I could see finished product.

I have also been contacted by two other TV production companies asking for permission to use some of my video content on their shows. On top of these messages, I have received countless messages from business professionals offering me opportunities to become active in their website & business models.

The strangest message I ever received was when a police officer from the Brentwood Police Department in Tennessee informing me that he was one of the officers involved in a video of a shootout which I had uploaded.

The most rewarding experience that I had gained from my YouTube story was when a man messaged me informing that one of the videos that I had uploaded was taken roughly around the same time and place where his nephew and died in combat. It was a very humbling experience.

My point is this, by simply producing a video and uploading it onto YouTube you never know what kind of contacts or business opportunities you may make.

There isn’t much to be said here. Who would not want 11 million views of your product for free?

That kind of advertising in the mass media would no doubt costs hundreds of thousands of dollars, so the benefit of having your product and business on YouTube is worth the negligible risk of producing a video.

On top of that, YouTube works as one of the most important assets for E-Marketers. Those who offer their product(s) solely online have become notorious for generating awareness and hype through YouTube.

There have been countless millionaires made from e-marketing, so why not give your product that savvy edge by exposing it to more of your target market? Fact is, YouTube is the go to place for this, and is well worth the development fees associated with producing a short video.

In the last year and a half, corporations in the entertainment industry have taken a hard stance against pirates. YouTube has become an increasing target for these corporations so it is important to make sure that when you upload something on YouTube it is your own original work or you have permission from the original creator of the material uploaded.

Large TV networks and music production companies are becoming more and more aggressive with the use of their legal departments. I have personally been contacted by three entities, two of which were large TV networks, threatening legal action if I do not remove the material of which they are claiming ownership of. (I made an error – and I acted quickly to fix that error.)

Finally, always make sure you know what you’re uploading, and be mindful of any background music or video that you may incorporate in your presentation.

How To Publish Your Email Without Inviting Spam
July 15, 2009