Basic Facts About Cholesterol You Need To Know 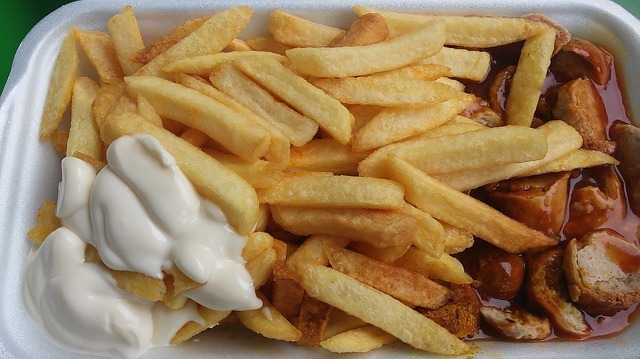 Cholesterol is a type of fat (lipid) that is found in your blood and every cell of your body. It is important because high levels of cholesterol in your blood increases your risk of developing coronary heart disease (CHD) – one of the most common causes of death in Europe, North America and Australia.

How common? In the UK about 26% of the deaths in men, and 19% of women under 75 are caused by coronary heart disease. Another 13-14% die from other related conditions affecting the heart and blood vessels.

Every cell in your body needs oxygen and nutrition. The oxygen and nutrition is pumped to the cell through the blood stream to the point of destination. The bloodstream also carries the waste product away from the cell. Too much cholesterol can lead to narrowing and blockage of arteries. CHD usually results from abnormalities that narrow or block the arteries supplying blood to your heart – the coronary arteries – hence the name coronary heart disease. Narrowing of these arteries may restrict or completely block the supply of blood to your heart muscle, either of which can cause heart disease.

Stroke: This can happen in other veins/arteries of your blood circulation. If blood supply to your brain is affected, a type of stroke might occur. Strokes can also occur by haemorrhage of the brain, of which there are two types; both involve a blood vessel bursting inside the head. One is a subarachnoid haemorrhage where blood escapes and fills the subarachnoid space, and the other is a intracerebral haemorrhage where blood collects within the brain.

Gangrene: If arteries supplying blood to the lower half of your body are blocked, than gangrene (blackening and death of skin and muscle) may develop.

Aortic Aneurysm: Blockages of veins and arteries can also weaken the main artery in your body, the aorta, causing a widening or dilatation (called an aneurysm) of its wall, which can rupture with catastrophic consequences.

The term ‘cardiovascular disease’ (CVD) includes CHD and these other related diseases, together with their complications.

Atherosclerosis/Arteriosclerosis is the process leading to the blockage or narrowing of arteries. In the early stages, fatty streaks containing cholesterol form on the inner arterial wall, these are abnormal but are reversible, and can be found from the late teens onwards. If not reversed, fibrous tissue (similar to a scar) grows around the cholesterol deposits causing raised surfaces inside the artery which are known as plaques. If they continue to grow they can lead to arterial narrowing, so that less blood, and possibly insufficient oxygen, reach certain parts of the body. Sometimes, fibrous plaques rupture causing a large blood clot within the artery (Thrombosis). Your artery may become completely blocked when this occurs and, if there is no other blood supply to that area of the body, at least some tissue will die (infarct), causing a heart attack (Myocardial infarction), stroke or gangrene.

The features of CHD are caused by changes in arteries supplying blood to the heart and include the following.

Angina: Chest pain occurs when there is exertion and often improves after rest. Angina is caused by partial blockage of an artery so that insufficient oxygen-rich blood reaches the heart muscle when its requirements increase.

Myocardial infarction: Severe chest pain occurs when part of the heart muscle dies. This usually results from the complete blockage of an artery so that no blood reaches the affected tissue. Myocardial means ‘referring to the myocardium’, which is the middle muscular layer of the heart wall, and infarction means ‘localized necrosis resulting from the obstruction of blood supply’.

Arrhythmia: Abnormal heart rhythm can occur as a result of damage to the heart and may be detectable as palpitations.

Heart Failure: This is the weakening of the pumping action of the heart, and can lead to a build up fluid in the body with symptoms sch as breathlessness and swollen ankles.

The modifiable risk factors are ones which can be changed and can increase your chance at a longer life without the incidence of CHD. If you have one of these factors, your risk of developing CHD is increased by two and a half to four times. These factors multiply together.

The risk for someone with hypertension, hypercholesterolaemia and who smokes is about 30 times higher than that of a person with normal blood pressure, normal blood cholesterol levels and who doesn’t smoke.

Note: Hypertension and smoking do not increase cholesterol levels but interact with cholesterol in damaging arteries.

Trivial fact: People develop CHD whereas it is not seen in other animals under natural conditions. People also have higher blood cholesterol levels than most animals. If cholesterol levels are artificially raised in laboratory animals they can develop atherosclerosis. 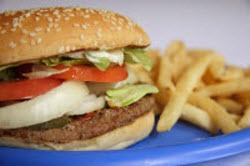 Fatty acids consist of long chains of carbon atoms linked together. There are two main types of fatty acids: saturated and unsaturated. Unsaturated fats can be either monounsaturated or polyunsaturated.

Saturated fatty acids:
All the carbon atoms in the chains are linked by single chemical bonds; this type of fatty acid is found in large amounts in the triglycerides present in animal fat.

Monounsaturated fatty acids:
All the links between carbon atoms in the chains are saturated bonds except one that is unsaturated (a double bond). These occur in vegetable oils, such as olive oil and rapeseed oil.

How do fatty acids affect health?

Temptation Negotiation! How To Activate Your Self Control
March 24, 2009
Blog Categories
Popular Posts